Yes, I butcher the words when I write them too (there’s supposed to be symbols on some of those letters). However, the meaning is still there. When I say those words with feeling, the people know what I’m saying and smile.

February 8th 2016 was the Lunar New Year (frequently called Chinese New Year or Asian New Year). The Wah Lum Kung Fu Temple‘s performance troupe made it through new year’s eve and new years. There were a TON of shows. I had the pleasure of being there for a good portion of them.

Our first show set the holiday off with a smile. I was performing as the Buddha in a lion dance for one of the local Vietnamese associations. While waiting for the show to start, an adorable little girl saw the Buddhas and got extremely excited. She was patting her mother on the leg, pointing at me, and making that happy excited noise that kids make that just melts your heart. Mom asks if she can get a picture of her daughters with the Buddhas and of course we say “yes.” When her mother tells her she can go see the Buddha, she sprints at me with everything her legs can dole out and leaps at me with open arms. I lost count of the number of people that had that look of “Oh my god! That’s adorable!” on their face (not just random people, but members of my troupe too). Many cameras were whipped out. She didn’t want to let go of my neck. It was the absolute BEST start to the Lunar New Year. 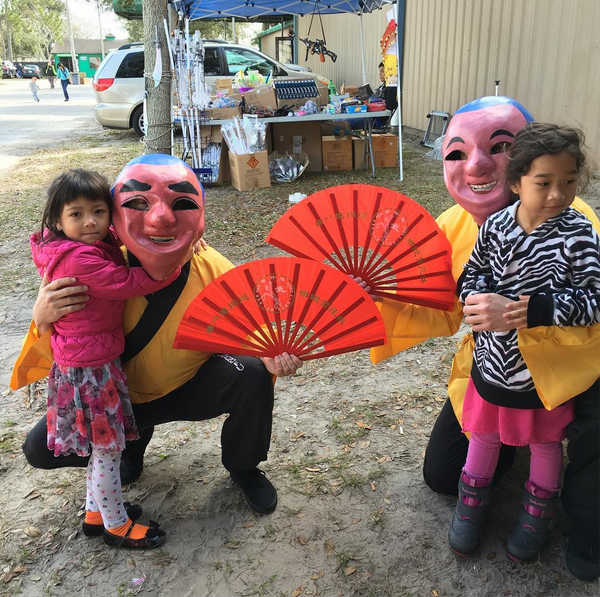 2 thoughts on “Year of the Monkey”